Army Day|You protect the country, we write the future in the transformation of results

Recently, Henan and other places continue to encounter rare heavy rainfall, serious flooding, resulting in casualties and property damage, the flood control situation is very serious. Where there is a need, where there is the figure of the people's sons and daughters. In the face of the serious flood disaster, the PLA and the Armed Police Force have invested 46,000 people to participate in the flood rescue in Henan.

I'm on! In 2020, in the face of the sudden new crown pneumonia epidemic, the People's Army listened to the Party's command, acted on orders, and fought side by side with the people of Wuhan and the medical teams from all over the country to assist E. China, playing an important role and making outstanding contributions in the struggle to prevent and control the epidemic.

Today, the Chinese People's Liberation Army celebrates the 94th anniversary of its founding.For 94 years, the People's Army has marched under the banner of the Party, always adhering to the fundamental purpose of serving the people wholeheartedly, always being the people's trusted, people's supported and people's loved sons and daughters, carrying forward the fine tradition of close contact with the masses, and always being the defender of the people's interests.

The Great Wall of Steel - Written on August 1 Military Day

From the shots of the Nanchang Uprising

To the fires of the Autumn Harvest Uprising

From the Luoxiao Mountains of Jinggang

To the peak of the pagoda in Yan'an

The first army of the people was born

From now on, we have the people's sons and daughters.

From the five battles against the siege

To the fourteen years of the war against Japan

From the Liberation War

To the victory of the anti-American war

How many great battles have been fought?

How many revolutionary martyrs have shed their blood on the battlefield?

From the frozen northern frontier

To the hot South China Sea

On the bright gun spikes of the borderline

Flashing a pair of wary eyes

In the distant blue sky

You're flying a war eagle.

On the vastness of the ocean

You're piloting a warship.

lit. ride the wind with the waves

The war years of artillery fire

You braved the gunfire.

charge and break through enemy lines

You have used your flesh and blood

A great wall of immortality has been built

You are the front line of construction

fight a flood and rescue the enemy

You're on the front lines.

Where there is a strong dam

What's the fear of rain and wind?

Where is the most dangerous

That's where you'll be positioned.

Where is the hardest

Will be celebrated throughout the ages

With a strong people's army

Will no longer be bullied

With the people's army to protect us

It will be stronger.

You are the guardians of the people.

You are the Great Wall of Steel of our country

On July 30, in order to celebrate the arrival of the "August 1" Military Day, motivate all employees to carry forward the glorious tradition of supporting the military and strengthen the patriotism education of the party members, the National Technology Transfer Center East organized an activity of drawing the August 1 military flag with the participation of everyone and the concerted efforts, so as to express the admiration and love for the motherland and the people's sons and daughters. Whenever a disaster strikes, our people's soldiers will stand up and rush to the most dangerous place; whenever the people call, our people's soldiers will go through fire, guarding the happiness and peace of the people with their flesh and blood and iron will! When defending national security and territorial integrity, it is the soldiers of the People's Liberation Army who leave their safety and warmth to us, while they face the ferocious enemy and sacrifice their lives!

During the activity, everyone said: the army is our patron saint, where there is danger, where it is the most difficult, where there is a need, there is the people's army, our stable life is they are carrying the weight for us, we should always be grateful, cherish the peaceful and happy life, work hard and contribute personal values to society.

On August 1, 1927, the Communist Party of China (CPC) led an armed uprising against the Nationalist reactionaries in Nanchang, Jiangxi Province, and fired the first shot of armed resistance against the Nationalists, unveiling the prelude to the CPC's independent leadership of armed struggle and the creation of a revolutionary army. On June 15, 1949, the Chinese People's Revolutionary Military Committee issued an order to use the word "August 1" as the main symbol of the flag and emblem of the Chinese People's Liberation Army. After the founding of the People's Republic of China, this commemorative day was renamed the Day of the Founding of the Chinese People's Liberation Army. 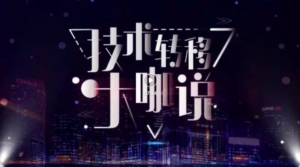 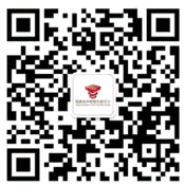